My name is Milosz Pierwola and I am an explorer.

While to some this may come easily, for me this has been an impossible task that I have refused to give up on. But, that resistance to what every other person believes is an inevitability is what has made me who I am.

As children we are told that we can be anything, and then as the years pass we are given limited options at what “success” is that narrow until we find ourselves trapped. In school we start with a handful of subjects that develop in college into a generally standard list of majors. Even though it’s not said outright, it is implied that those are all the reasonable options we have. Certainly there are others in the world, but we are guided by the soft but firm hand of society and the advice of those older than us into a state of tolerated compliance.

Consider the difference between planning to become a doctor or lawyer, versus desiring to make a career as a singer or wrestler. Those in the socially sanctioned category have a clearly defined and calculated path. When people in their life ask how it is going, they can tell them where they are and they know what to expect. However, those in the latter, non-traditional category have no such measure. Years can pass before you begin to earn any money, and many more before you can call it an income. And in that time, those closest to you most often only see you struggling and you don’t have an answer for where you are because your present and your future is uncertain. 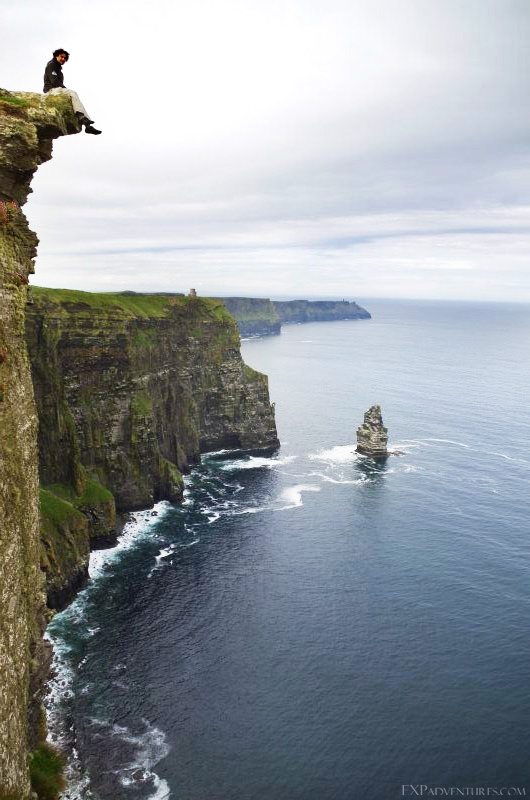 At first, I made the decision to become a lawyer.

Even though I always fantasized about becoming an explorer, the only advice I had growing up came from people who told me that was unrealistic. Instead, they spoke of success and respect that would be waiting for me if I chose one of the “noble” professions. As ambitious as I am, I set my sights on passing the New York Bar and moving to NYC. The New York Bar is considered to be one of the hardest exams in the world, not to mention the grind of law school and extreme debt I would accumulate taking out loans to pay for it all.

I consider the part of my life becoming an attorney to be one of the most challenging experiences I endured. It was not my passion, yet I competed against both people whose passion it was and so many others who, like me, were just doing their best to discover success, and ultimately happiness.

Unfortunately, I quickly discovered that the promises of success weren’t true. Once I became a New York Attorney, working for a large law firm and finally earning some money, nothing changed. Instead of time and resources to do the things I loved, I found myself working seven days a week. To deal with the stress I was abusing alcohol and venting towards my family and close friends, isolating myself from those I loved. I was not eating right, drinking too much caffeine and eating too much sugar to appease my mood, and I didn’t even have time for the gym. I looked in the mirror and I didn’t recognize the person looking back.

Three years passed and I learned only one thing, it hit me like a freight train. I was sitting at my desk in a room with no windows, illuminated by fluorescent lights. In front of me was an XXL can of energy drink and a bag of candy. I looked to my side, at the other attorneys working on the same case, and I saw my future. The man next to me was several years older, the man past him older than him, and past him the oldest.

These men were all me. As time would pass, I saw that my posture would slump from sitting in front of the computer so long. As if to cushion my fall, my belly would grow like a pillow from lack of exercise and poor diet. My hair would turn grey and begin falling out because of the stress. I would develop a permanent scowl on my face, and a contempt for younger attorneys who “weren’t doing enough.” This definitively was my future because I had no passion for it, and there was no other if I chose to remain.

Faced with this realization, I made a decision that would change my life forever.

It was crystal clear that I would never be happy as a lawyer. The alternative, however, was insane to everyone. In their eyes, I was successful and secure, had invested 21 years in school and six figures of debt into this career, and as an attorney I had “earned respect” in my community. To throw it all away was, in all senses of the word, crazy. After all, it is “normal” in our society to tolerate the inconvenience of work. However, because this is such a fundamental philosophy in our society, one that no one dares question, I could not explain that if I continued on this path, everything in my life felt pointless and empty.

But, this was my life and I had tried it their way. I didn’t quit when school didn’t interest me. I didn’t quit when I failed the bar exam the first time. No, I went all the way and then some. No one could say that I was a quitter or I couldn’t cut it. This was my decision, and it would set the tone for the years leading up to now.

If I could achieve a career in one of the most challenging professions in the world, something I didn’t care about, then… how far could I go in something I had intense passion for? What sort of obstacles could I overcome if every fiber of my being desired it?

Let there be no doubt about it, I had no resources, no experience, and no plan.

I had no experience being an “explorer,” was fully in debt to the tune of a mortgage, and had no idea how to make any money. Thanks to my job, I was able to save a couple thousand dollars – and I would stretch that for an impossible two years before I saw any money coming in. However, in the time until now, I learned that money is not what this was about. My goal was to explore, to travel to new destinations and learn about them.

This was my education for the future. It’s interesting to note here that when you are pursuing a traditional career everyone understands the process of taking four years preparing for it. At the same time, when pursuing something non-traditional there is an almost immediate expectation of results. This pressure can be debilitating, especially when you are genuinely doing everything in your power to stabilize. And it is only now, four years later, that I feel I am getting a sense of how I can be a benefit to the programs and destinations I have been able to reach. 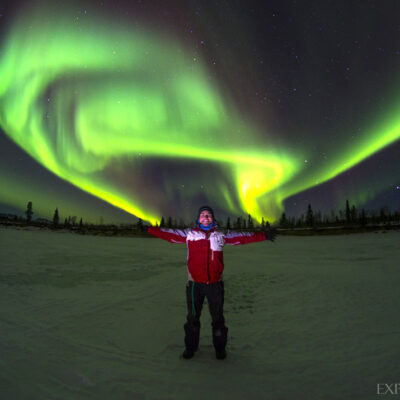 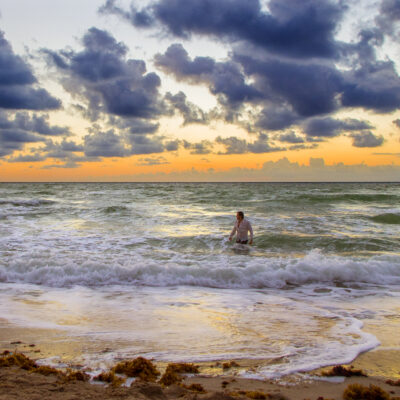 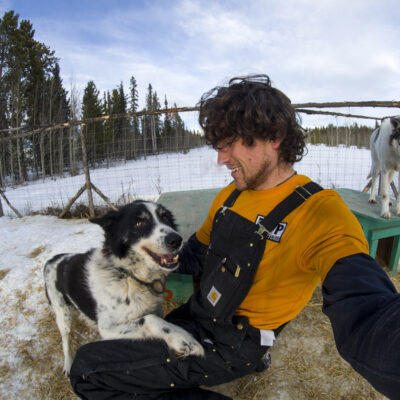 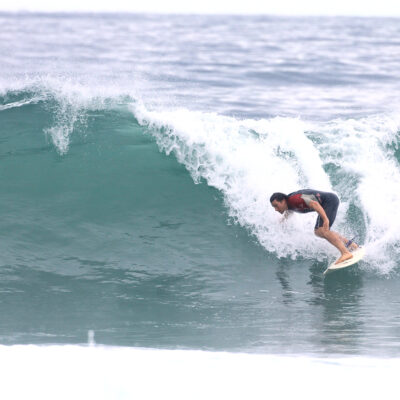 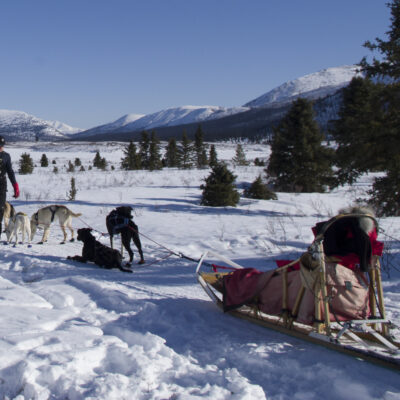 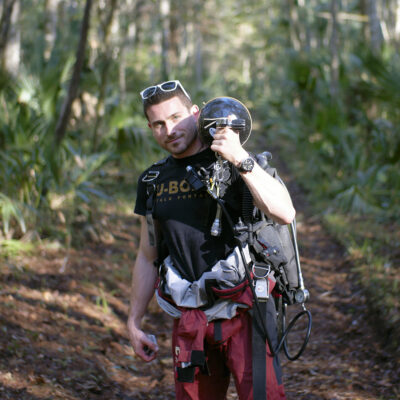 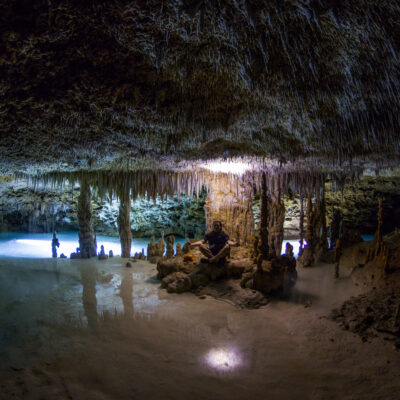 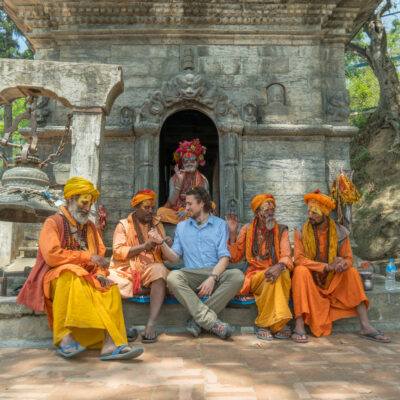 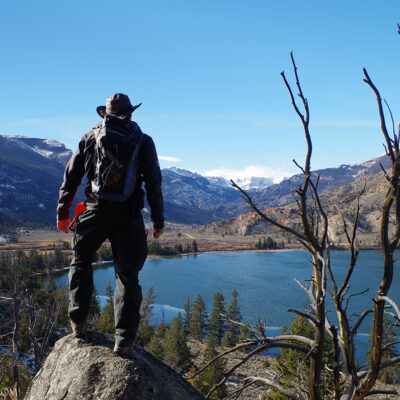 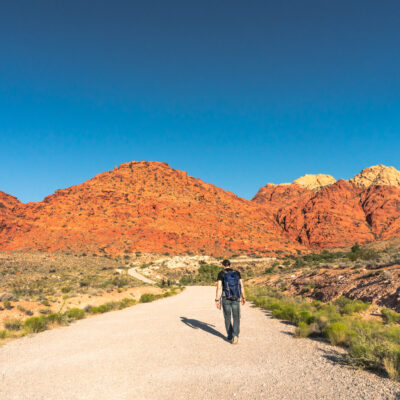 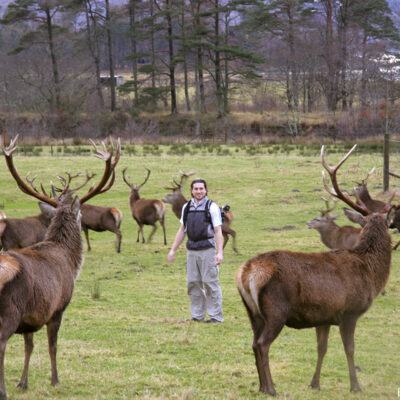 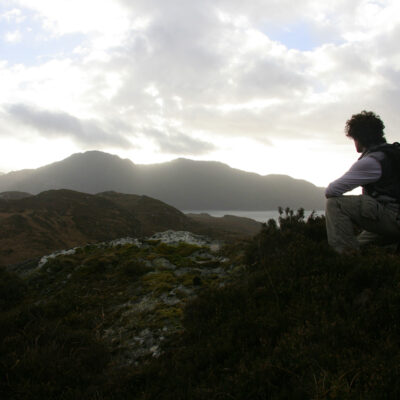 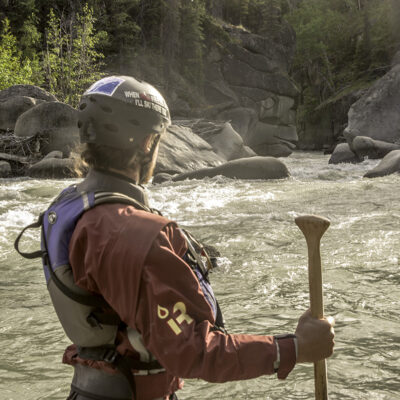 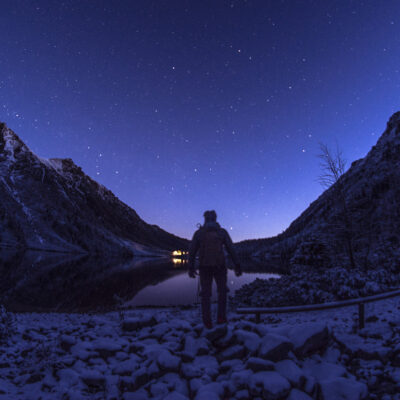 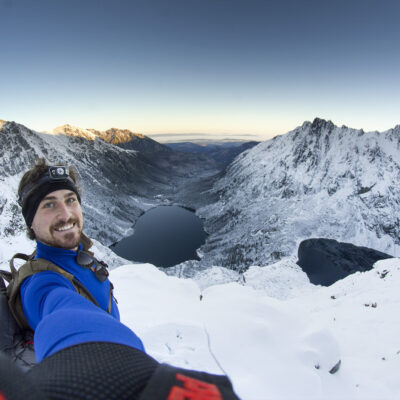 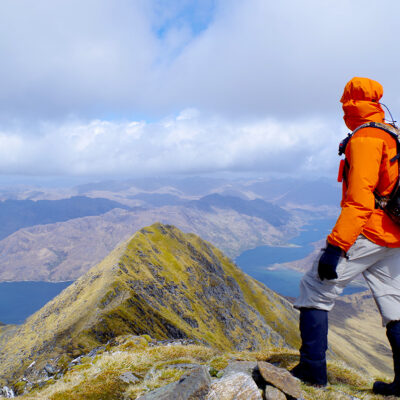 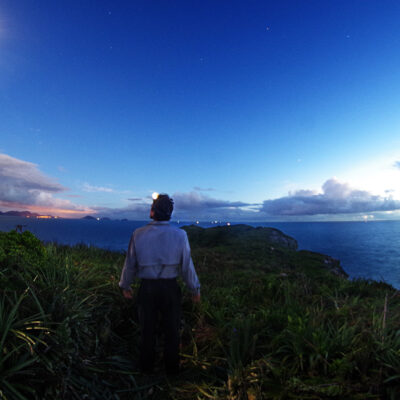 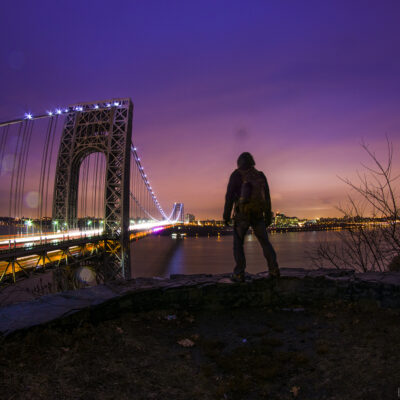 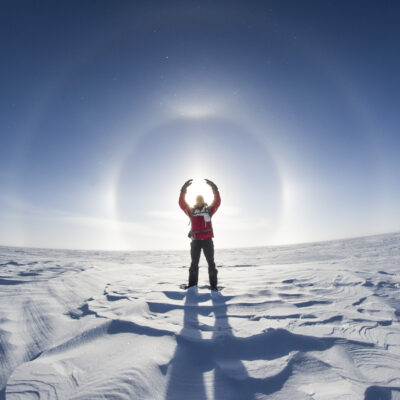 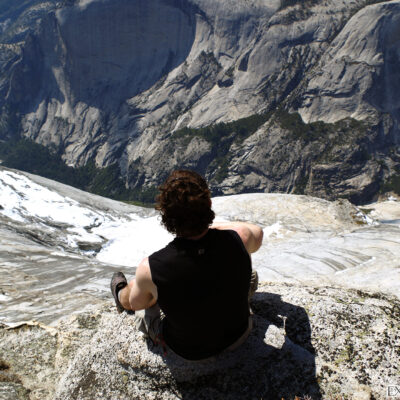 What I am doing now

In the years since, I learned that being an explorer is forging into the unknown. You can make all the best plans in the world, but even before you’re out the door circumstances change dramatically. You never know what you’re walking into. You can’t depend on plans, but instead you must depend on your skills and experience.

I spent the past several years wandering from the Yukon Territory, to Brazil, to Scotland, Costa Rica, Peru, Nepal, all over the US, and so many other places. I traveled to some of the hardest-to-get-to places where I found gurus that provided me with wisdom not available anywhere else. It wasn’t deliberate, but it happened. I was challenged in ways that made me grow beyond what I could have anticipated, succeeded and failed spectacularly, had my heart broken and broke the heart of others. In the end, I realized that the further I got away from everything I knew, the closer I got to knowing myself.

Spending so little time in one place, and so much time in many places is like “zooming out.” You start to get a sense of what is common in spite of culture. You begin seeing the invisible connections that bind us across the world and the seemingly insignificant nuances that make us all human. This is when the facades of us vs. them dissolve and a deep sense of intimate caring takes root instead.

As time passed and the challenges I faced only grew, my needs diminished; yet, the ails of the world echoed louder everywhere I traveled. I discovered that the simplest things could completely change the lives of an entire community; food, shelter, clean water and clean air, and ultimately education that would equip the next generation to solve problems and build on those solutions. It was an invisible shift, but my mind went from How can I make money here? to How can I provide value in this community? Slowly, and imperceptibly, my personal goal of financial gain was replaced by meaningful contribution to those around me.

So, what I do now is help others.

I just want to reiterate at this point that I do not have resources myself and live a humble life. But, I have discovered ways to reach the places where I have been able to help. Please visit my Humanitarian Work section to learn more.

Through the generous donations of my sponsor Clothing Arts, I was able to start a program in NYC where I filmed my adventures in Virtual Reality / 360 and brought those adventures to hospitals where paralyzed, elderly, and disabled were able to relive my experiences as if they were there (World in 360). Then, again thanks to Clothing Arts and now Hilleberg the Tentmaker, I flew to Nepal where I combined World in 360 with The Himalayan Stove Project, an organization that has already changed the lives of over 40,000 people. I recorded in VR/360, filmed, and photographed the impact of the project on the people of Nepal and at the same time learned intimately how the program operates in the region, working directly with all of the main people responsible for its incredible success. I continue now to work with other humanitarian organizations, big and small, to bring the breadth of my experiences and help them grow.

I speak publicly as well, inspiring and educating large audiences from universities and graduate schools to public events. My program Become Your Hero has been presented on three continents now. For the biggest event, I was able to collect over $7,500 in donations from large brands that went directly to the students at Rutgers University, including a $3,200 HD Computerized Mobile Telescope to the Astronomy and Physics Department. With this piece of equipment, student groups can now travel to remote destinations to star gaze. The events have been written about in newspapers and participants have followed up, with a number of inspired individuals pursuing their own unique careers and even gaining sponsorship themselves.

As my travels grow, I am receiving increasingly more requests for advice. Because many of the questions are similar, I wanted to create a resource that can reach more people. In addition, I want a place to document the adventures from the journals that travel with me to each destination, updates on projects I am working with, and a peek behind the habits and strategies I have developed to get to where I am today. The journey I am on is not easy, and I don’t recommend uprooting an entire lifetime of effort in one pull, but the extremes I have gone to can serve to guide others on their path. 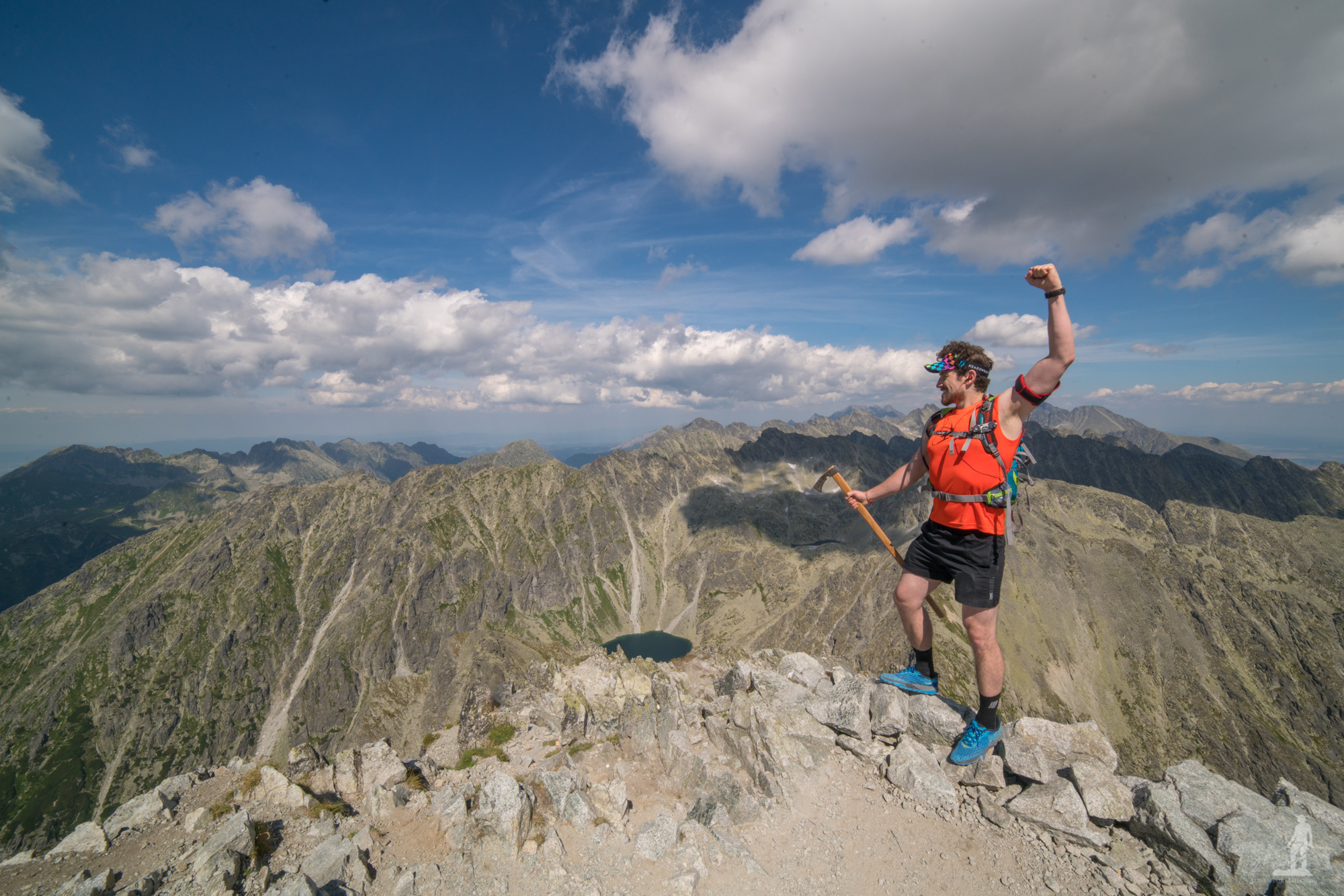