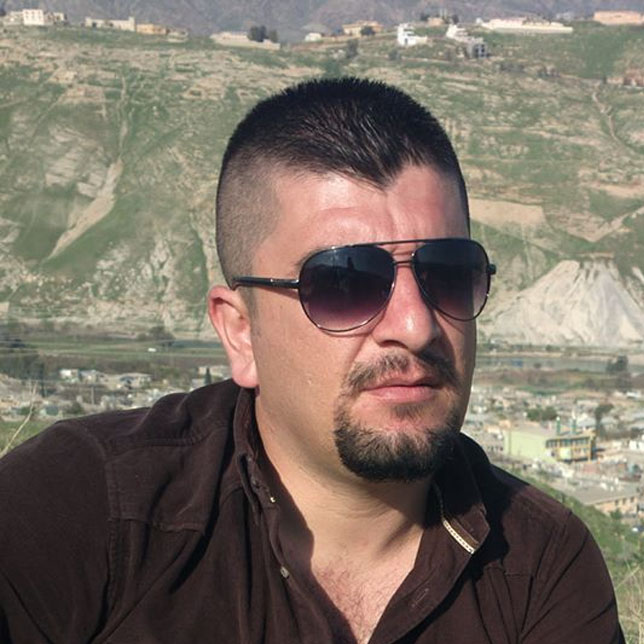 The entire project would not be possible if not for Kamaran H. Rasul. It was in our first conversation together that Kamaran expressed his deepest desires to take what he discovered in mountain climbing and share it with everyone in his country; he is the one who wanted to create the first ever climbing and mountaineering school in Iraq. Right off the start, I knew where this journey would take us, but it took me longer to become as brave as the man I was speaking to. He is one of the first mountaineers in his country of Iraq and a member of the Destey Lutka Crew, which translates to Peaks Mountaineering Crew; a team that is defining the standard of climbing for their entire country.

“When I was a child, I was very quiet.” Kamaran told me as we drove me through his home city of Sulaymaniyah in Iraqi Kurdistan. He described himself as a polite youth with desires like anyone else, but behind his words were the actions of someone capable of accomplishing exceptional things. Kamaran grew up in this city, experiencing the incredible changes that shaped its tumultuous past; dislocation at an early age, political instability, and uncertainty on a deeply fundamental level. But, just as diamonds are made under great pressure, these experiences shaped him into someone who is an agent of positive change. Kamaran embodies humility and is incredibly patient and tolerant, traits that make him particularly effective in accomplishing goals in such a challenging environment. 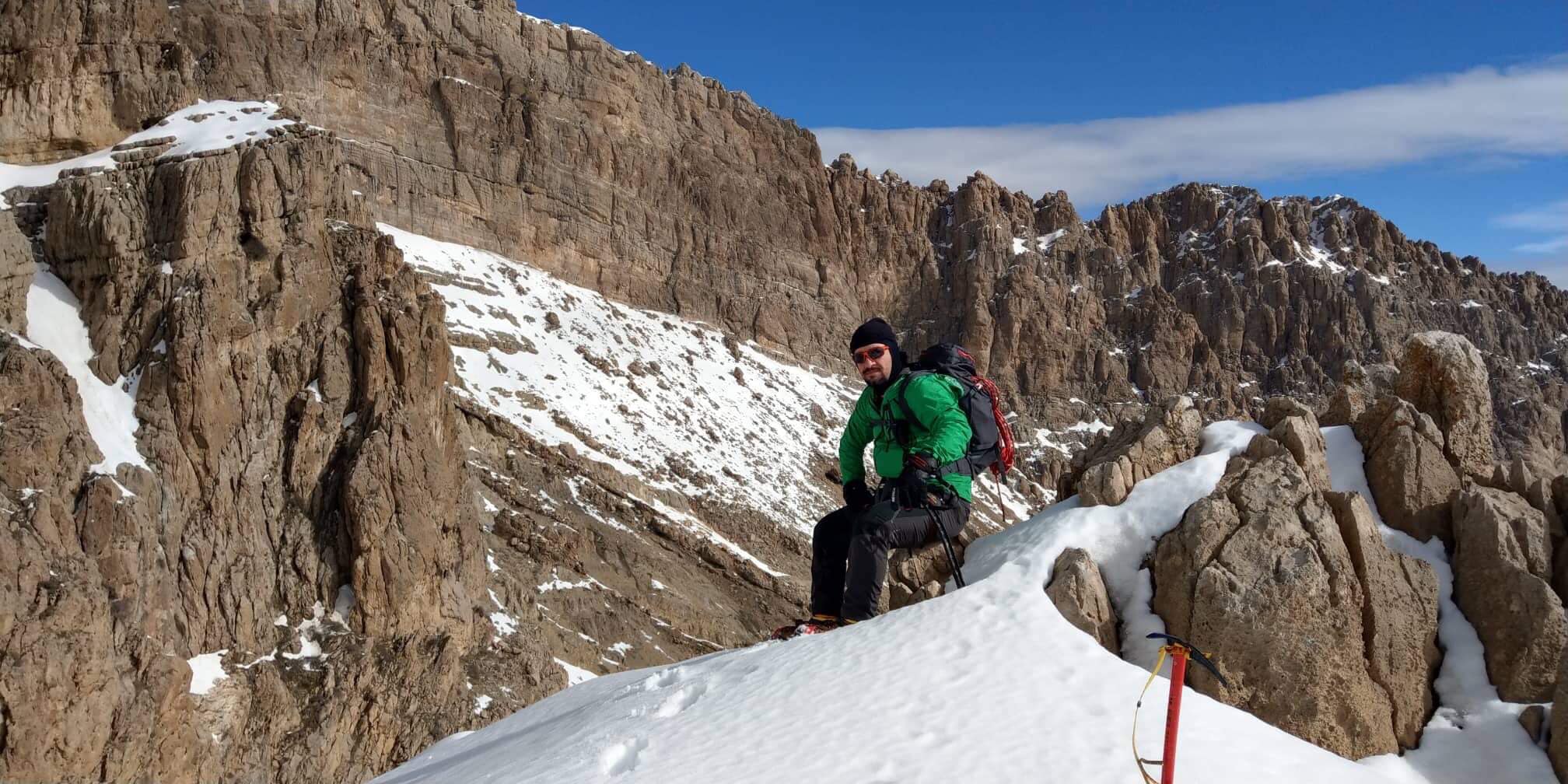 I personally witnessed his uncanny ability to keep cool under extreme pressure and in the face of impossible challenges, and not just when we went climbing together. Frustrated with rejection when we had all of the paperwork that was required and had traveled a great distance to meet with someone important, instead of complaining or arguing Kamaran flowed like water. “Let’s go, we can do something else with this time,” he expressed immediately, his mind already exploring the opportunity to accomplish alternatives we hoped to get to before I left. Another time, he reflected on a big trip that he planned with his partners for which they committed more than a year of training, a trip that would ultimately have the plug pulled on it with no explanation to this day. “It will happen, it was just not time.” I could not imagine a greater frustration, but to him the experience came and passed like the weather and captured his tenacious character perfectly. Such traits make him an incredible mountaineer, and more importantly the perfect person to set out and create the first climbing school in the country with. 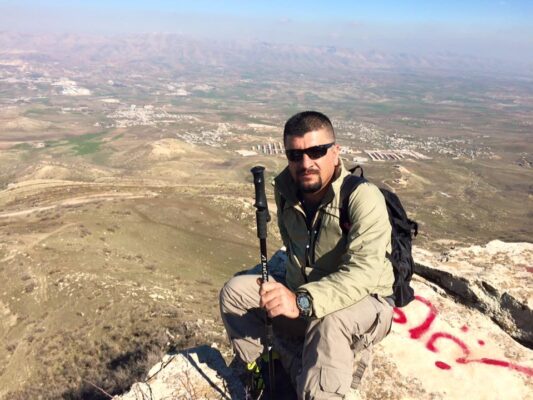 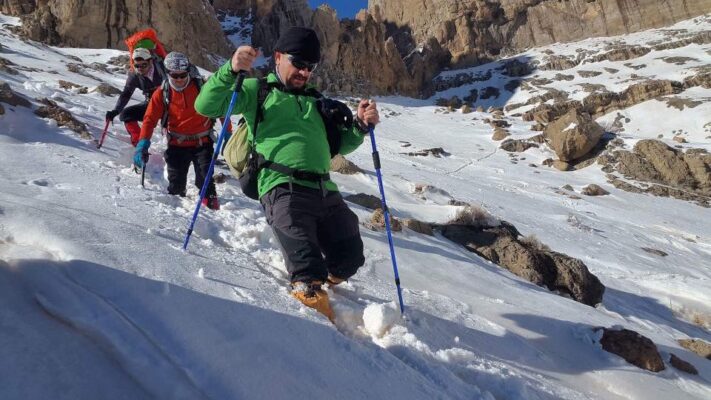 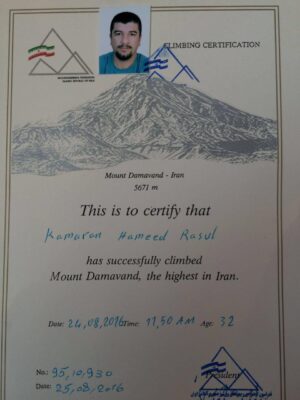 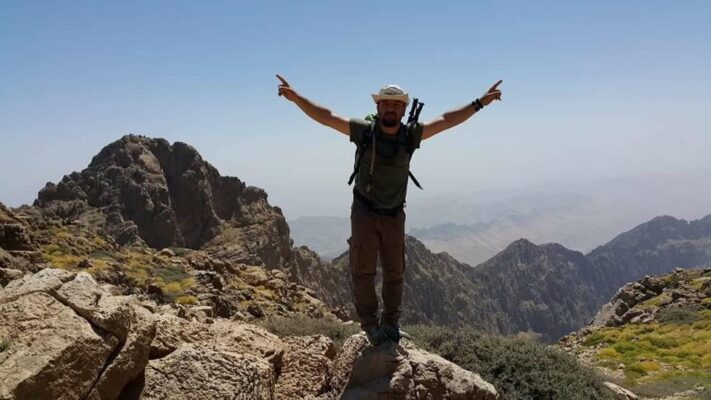 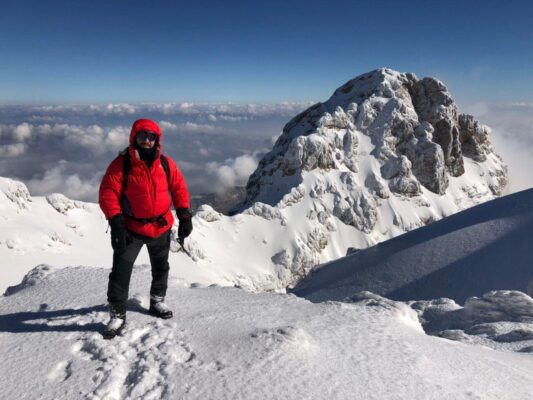 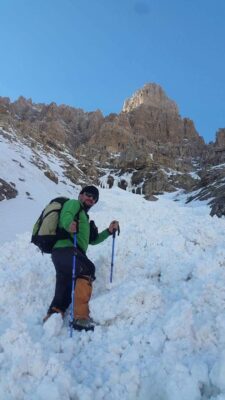 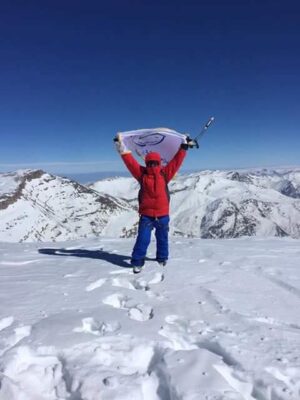 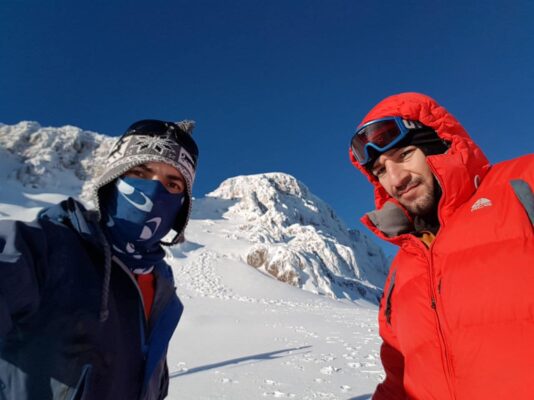 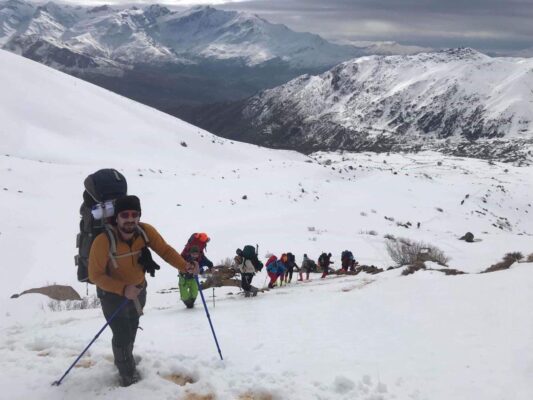 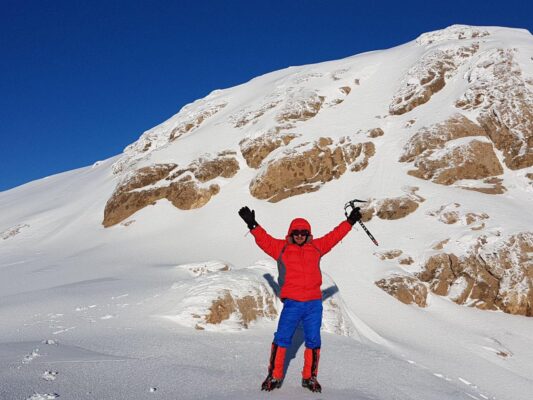 But beyond his character, Kamaran is the administrator for the non-profit N2N that created the hugely successful community center Family Center Rapareen that is the location of our school (and the topic of a future article). He earned the position when he sought to perfect his English, which he taught himself. During his tenure, the community center began to offer classes that were relatively new in the country; martial arts, ballet, musical instruments and orchestra, sewing, fashion and design, and even the first women’s aerobics class in the country. The center is open to everyone regardless of ethnicity, race, religion, or social status, and even brings in groups of adults and children from refugee camps that offer basic classes such as reading and writing, English, and more. There are over 1,500 members and the center serves as a meeting space for special events. 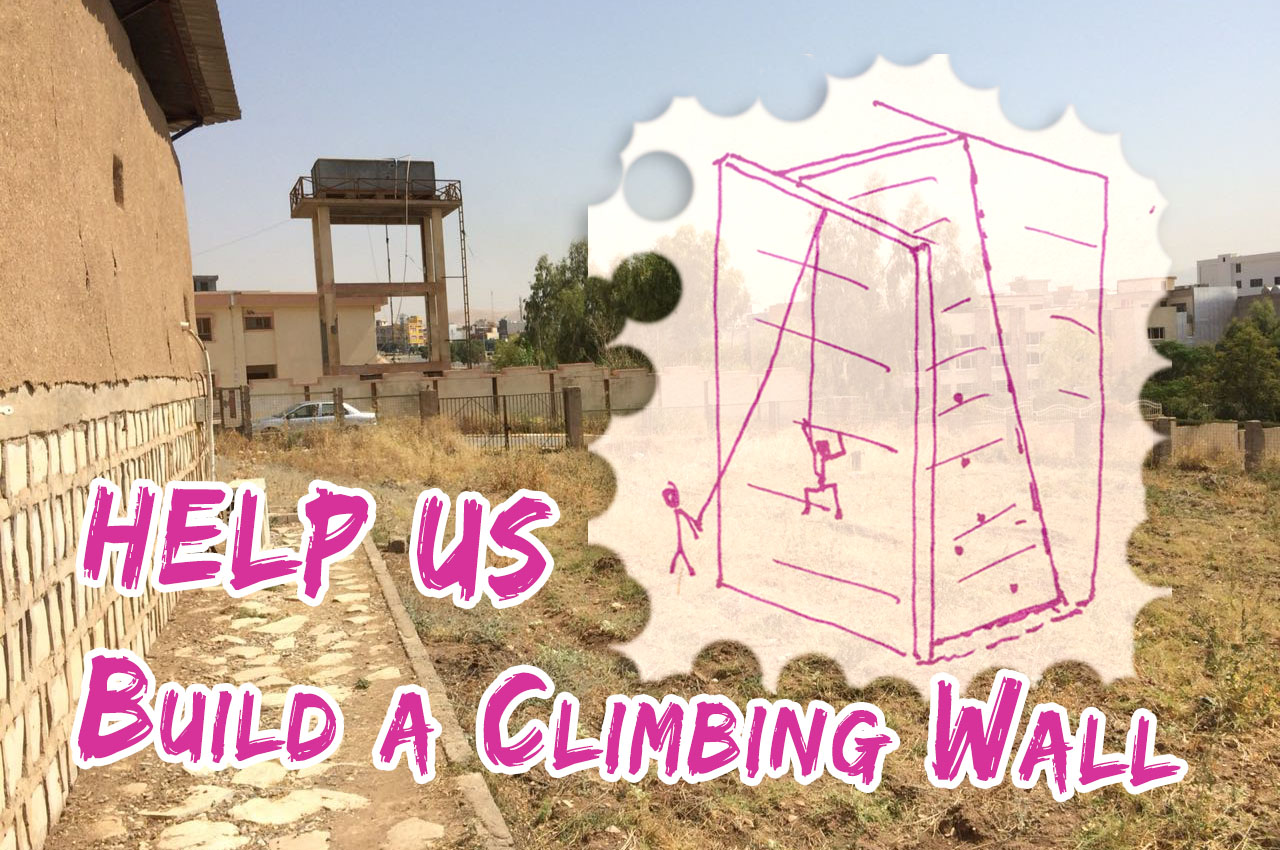 It is in this community center that we will host climbing classes, and already members and the public are anxiously waiting for the program to start. As a testament to this, Kamaran and I worked together with Red Bull to organize a screening of Dawn Wall in December of 2018. The event was attended by so many, that the center could barely fit everyone. Kamaran even interviewed some of the participants and they expressed great inspiration to get started climbing. During my trip, Kamaran organized a meeting at the center open to all climbing groups and the event was attended by 9 clubs. It was at this meeting that we discussed the future of climbing in Iraq, and the members were eager to begin hosting regular meetings with the additional goal of making the center the headquarters for the first volunteer mountain rescue team. It is at this center that we will be constructing the 9 meter climbing wall that we designed with the help of several international climbing wall experts.

Kamaran is the man who is pushing all of this forward. His team of mountaineers are working hard setting the standard for climbing in the country by establishing safe routes, placing protection and setting climbing walls on their local cliffs, teaching groups and even making videos, and meeting with leaders of their communities to promote responsible outdoor recreation. In the meantime, Kamaran is the architect of the program and the humble quiet kid that he describes, whose actions speak much, much louder than his words. 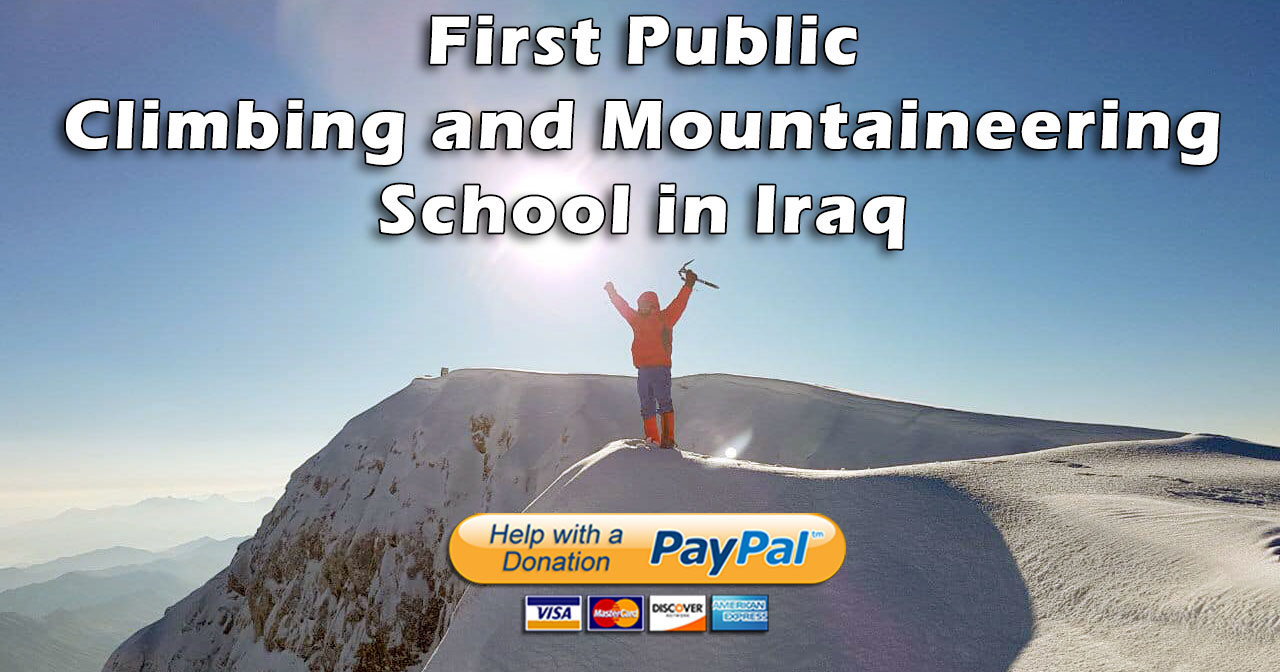