Nestled under the jagged black peaks of Kluane National Park flows the wild Kathleen River. Its glowing turquoise waters pour out of a trap door hidden in a corner of Rainbow Lake, and it tumbles through with spectacular views that stretch its entire length.

Armin arrived last that morning, revving his motorcycle up the driveway and tearing us away from our morning coffee. Greg and I were anxious to get on the road and decided not to load the aged machine into the back of the truck as originally planned. There was construction on the gravel road to Haines Junction and it was a deliberate gamble on our part to chance a motorcycle over it, but it would save us paddling in the dark. Maybe.

The road disintegrated as predicted, from asphalt to gravel and then to freshly broken rock pressed down under heavy, wethered steamrollers that shot dust clouds for a mile around them. We got lucky with few cars on the road and Armin navigated safely through, exiting with a puff before catching up to us at Otter Falls Cutoff. From here, we watched the Kluane Park mountains burst into the sky in front of us with Haines Junction timidly appearing just underneath.

We stashed the bike at the take-out of the river here and, with a full car, weaved under the steep black walls of the mountains and turned into an invisible trail. The trees were so thick it seemed that if we stopped they would swallow the path in front of us. Suddenly, like a glimmering jade emerald, the water of Rainbow Lake revealed itself. Almost as if on cue, the car sunk into wet muck and forced us to carry our boats this last length to reach the enchanting shores. 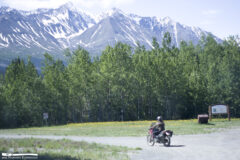 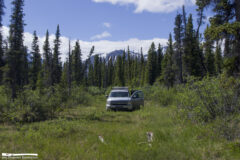 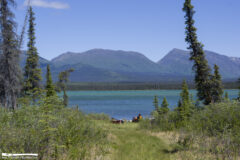 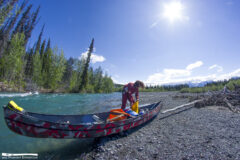 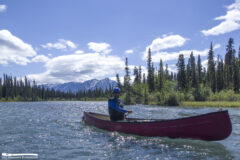 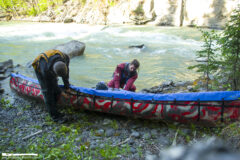 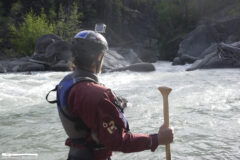 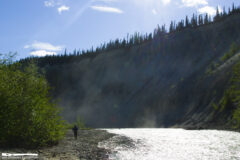 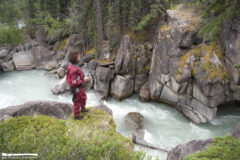 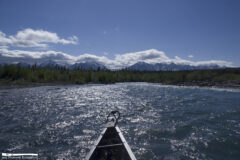 As fast as we jumped in, the winds blew on the open waters and carried us across the lake. We fought for balance as the jagged shore raced just out of reach. Greg’s keen eye spotted the exit and we poured out into the Kathleen. The water was almost invisible it was so clear. Our hard boats silently glided across its surface and the only noise you could hear was paddles splashing in the water and our occasional shouted commands. “Tree,” “rock,” and “sweeper” predicted the direction we would take the boat in these rushing waters.

Kathleen’s backdrop that day was incredible. It was hard to focus on the river because these mountains danced in front of us with a belt of lush Boreal forest and washed shining granite decorated with splintered whole trees. As the water rushed through this scenic landscape, it too had dangers. We watched as entire trees swept under us in total silence, dangerous traps for anyone that would fall overboard only to be ensnared and then swallowed under the surface.

We had to portage twice, carrying our boats through forest and up cliffs to avoid certain death. The first time was a up a steep cliff to avoid a powerful waterfall where a kayaker had recently lost his life. It looked as if some powerful force carved a cake-slice-shaped piece of rock and removed it to let the water pour into the hole; then, on top of this feature, lay sharp and tangled trees that caught anything which was not liquid and tore it to pieces. The second portage was over a box canyon and was marked by a splintered blue boat. The portage path took us across the edge of this crack of rock that had been carved over the ages into a smooth channel with powerful rushing water. It appeared calm and straightforward, but the edges of these walls were washed out at the surface and poured through invisible channels that would suck a paddler under and grind them against boulders, rocks, and submerged trapped logs.

The box canyon released us into an alluvial fan; a complex network of crossing streams littered with all the washed out trees that had not rotted away with age. Though calm and slow, this was the most dangerous part of our paddle. There was no certain way as the waters changed the channels almost daily, and it was now getting very late and we were exhausted. This was not a good combination because the volume of water under us could trap us in a dead end log jam.

We almost escaped, at one point turning into a complete trap and having to exit the water as the boats washed into a net of trees. It was a close call and we all had to get the the water. However, just after that the shores cleared and we could finally breathe a sigh of relief and enjoy a hot cup of celebratory coffee, lucky to have picked our way through to the stashed bike. 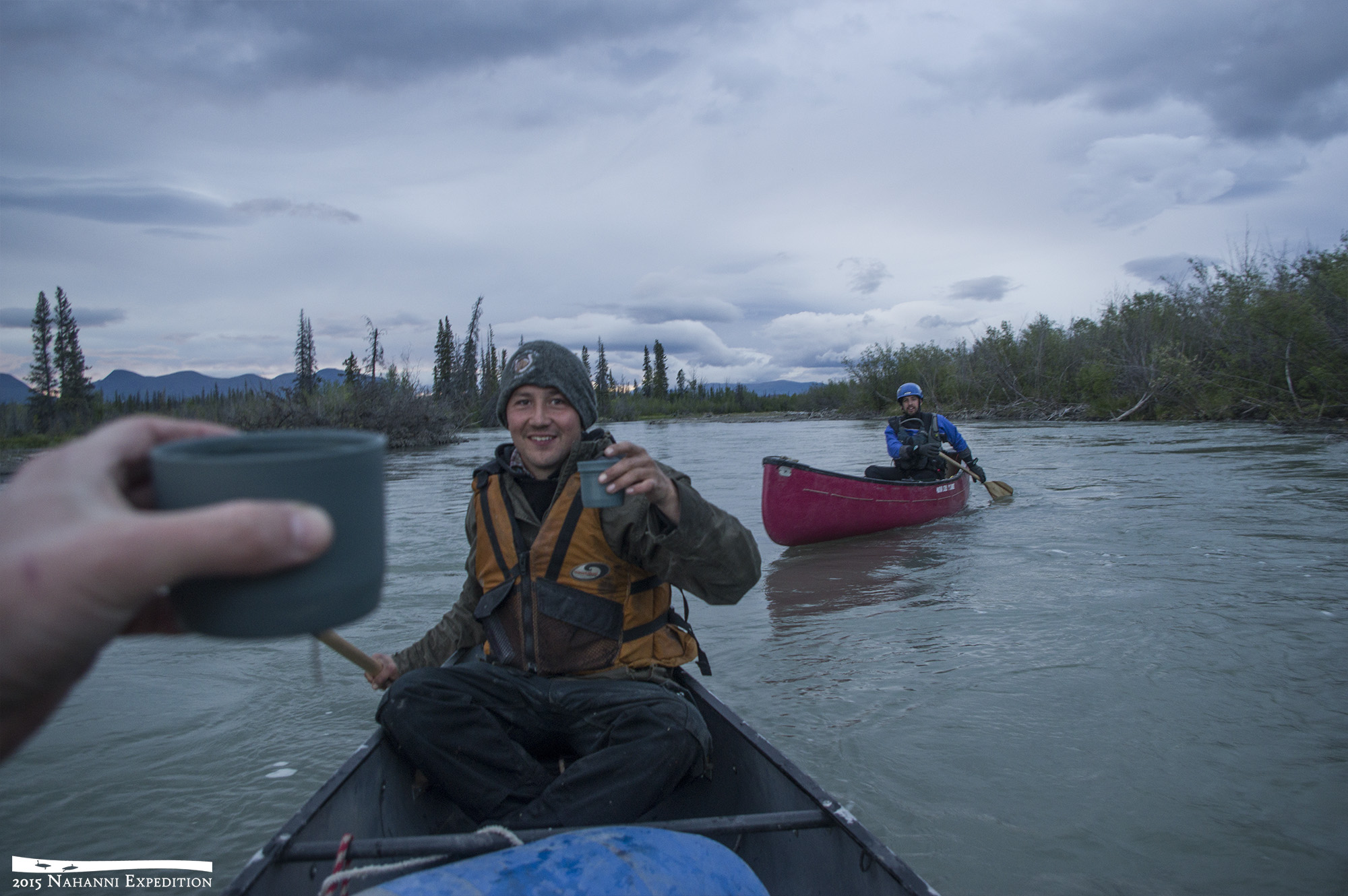